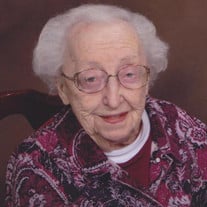 On Friday, February 16th, Mildred Elaine (Worley) Woolley, of Syracuse, was welcomed into God’s heavenly kingdom. Born on November 28, 1920, she died at age 97 of “Advanced Age.” Remaining on this earth to celebrate her life and mourn her death are two of her children Mike Woolley and Carole Woolley Bildstein; sister Leone Gray; daughter in law Julie Roberts (Gary); son in law Ron Bildstein; five grandchildren Monique Woolley, Christopher Shawn (Angela) Woolley; Julianne Kathy (James) Williamson; Martin Bildstein and John Bildstein; grandson in law Gary Meyer; granddaughter in law Raellen Rutt; nine great grandchildren Amanda, Michael and Zoe Meyer; Christin and Tommy Woolley; Ryane, Jacob, Trinity and Emily Williamsons; nine nieces and nephews and a “boatload” of dear friends. Preceding her in death are, her son Steve Woolley in 2010; her granddaughter Michelle Woolley Meyer in 2012; her father and mother, her step father, two brothers, one sister and her former husband. Mildred was born in Raton, New Mexico, in 1938 she graduated from Dawson High School in Dawson, NM—the Phelps Dodge mining camp, and graduated as a Registered Nurse from Beth El School of Nursing, Colorado Springs, Colorado in 1942. She married Merle Woolley (deceased 1978) of Colorado Springs and they had three children—Mike, Steve and Carole. Mildred divorced in 1958. Mildred embraced Christianity as a Lutheran in 1960, joining Immanuel Lutheran Church in Colorado Springs. She was an active Christian and an active church member who was especially interested in the role of the church at large and her congregation specifically in the arena of social justice, including racial equality. Through her Christian faith, she touched many lives resulting in loving and positive impact on others. When her daughter Carole enrolled at Valparaiso University, Mildred joined the Valparaiso University Guild where her volunteer time was integral to raising thousands and thousands of dollars for the University. After relocating to Syracuse NY in 1988, Mildred was a member of Trinity Lutheran Church and later First English Lutheran Church. Mildred’s nursing career spanned 43 years and included industrial nursing during the war years, private duty nursing at multiple locations including Brady’s Psychiatric Hospital, hospital and surgical nursing at St. Francis Hospital, general nursing at The Union Printers’ Home, and the final 25 years as a Public Health Nurse for El Paso County. Mildred was active in many community organizations and causes during the Public Health years, as she served one of the most economically disadvantaged census tracts in Colorado Springs. She established a Well Baby Clinic in the neighborhood and she worked with the Fire Department to dismantle old refrigerators in the alleys, so children would not climb into them and suffocate. She never shied away from difficult cases and she brought her deep sense of empathy and her passion for social justice to her work on behalf of individuals and families. Two of the families she assisted continue to write to her even after all of these years. Mildred had a great sense of humor and enjoyed thinking up ideas that would make other people laugh. A great example is the time she put a picture of herself (head only) on the body of a woman on a motor scooter graphic and sent out to everyone. It was quite realistic looking, and a number of people seriously thought it was her. She was able to laugh at her own mistakes and never tired of telling on herself—like the time she was travelling to Colorado, stopped for the night, checked into a motel and then left the motel to find a restaurant. When she finished eating, she realized that she did not know the name of the motel or where it was. Fortunately, a nice young couple helper her unravel that one. Mildred enjoyed many other things as a retiree. At age 70, she met the nutrition and exercise guru, Richard Simmons, and they became lifelong friends. She had never exercised in her life, but she exercised at least once daily after meeting Richard. She travelled on at least 15 Cruise to Lose cruises with Richard, as well as visiting his exercise studio in Beverly Hills, California. From 1992 to 2005, Mildred made an annual round trip, road trip, by herself, from Syracuse to Colorado Springs and beyond. She visited her family and friends, former nursing school classmates, former clients from her work in Public Health, and other friends and relatives on the circuit. In the 80’s, Mildred became keenly interested in national politics and her television set was always on MSNBC. She also listened to National Public Radio for over 30 years. Mildred was a lifelong learner in both her professional and her personal life. As a Public Health Nurse, she learned basic medical Spanish so she could communicate better with her clients. She studied Kubler-Ross’ groundbreaking work on Death and Dying, after a family lost a baby to SIDS, and she studied SIDS as well. At Immanuel Lutheran, she trained in the Bethel Bible Series (including a summer class in Madison, Wisconsin with the author) and taught the curriculum at church for a number of years. Following her retirement, Mildred studied folktales, myths and storytelling; became a watercolor artist, took OASIS classes in creative writing, current United States politics and many other topics. Mildred’s family and friends want to thank all of the staff members and administrators who cared for her in the Loretto PACE program (2013—2018), especially Louise Scott—Geriatric Care Aide, Dr. Jennifer Weinraub and Mr. Len Phillips, Psychologist. In addition to PACE, thanks to Dr. Robert Cupelo and Dr. William Loftus who were her physicians from 1988 to 2013. Funeral services will be held 9:00 AM Thursday at Good Shepard Lutheran Church, 7248 Highbridge Rd, Fayetteville. Entombment will follow in Woodlawn Cemetery, Syracuse. Family and friends may call from 4 to 7 pm Wednesday at BAGOZZI TWINS FUNERAL HOME, 2601 Milton Ave. In lieu of flowers, the family asks that you contribute to one of Mildred’s favorite organizations: Mesa House, Attn. Steve Handon, 420 Mesa Road, Colorado Springs, Colorado 80904 or Covenant House, 460 W. 41st Street, New York City, New York 10036. Please offer online memories and tributes at www.bagozzitwins.com.

The family of MILDRED E. WOOLLEY created this Life Tributes page to make it easy to share your memories.

Send flowers to the WOOLLEY family.