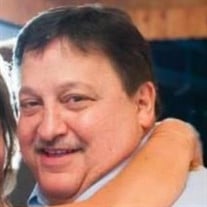 Kevin Daniel Marino was born to the late Frank & Frances Marino on June 7, 1953 in Syracuse, NY. He was immersed in the Solvay community that would become his lifelong home. He graduated from Solvay high school in 1971 and earned an Associate’s Degree in Business from Oswego College in 1973. Kevin was a long time employee of Lorenzo’s before becoming the owner/operator of the beloved Kristen’s Ice Cream for the majority of his career. He would eventually retire at the Tyrol Club of Solvay, an organization close to his heart. Kevin was blessed with a large and loving family. He spent 40 years with the love of his life, Terry Magee. He helped raise his two girls with love, patience and protection. He was an athlete who’s passion for youth & sports led to his role as “coach” to so many and Board member for the Solvay Tigers Little League. He was a natural storyteller and known by everyone no matter where he went. To know him was to love him and to be around him was to laugh. There was never a dull moment when “Kev/Lou” was around. Kevin is survived by his spouse, Terry Magee; his two daughters, Erica Magee and Alyssa Marino; his grandchildren, Isaiah Hammons, Joey Demperio and soon to be granddaughter; his sisters, Susan Olson and Christy Leabo; his brothers, John Marino, Frank “Duke” (Andrea) Marino, Jaimie (Deborah) Marino, Peter Marino and several nieces and nephews. He was preceded in death by his brother David (Gena) Marino, niece, Ali Marino and his parents. Family and friends may call from 1:00 PM to 3:00 PM Sunday June 12th at BAGOZZI TWINS FUNERAL HOME, 2601 Milton Avenue. A Mass of Christian Burial will be celebrated 9:30 AM Monday June 13th at St. Marianne Cope Parish-St. Cecilia Church, 1001 Woods Rd, Solvay. The Rite of Committal will follow in Assumption Cemetery, Syracuse. Donations can be made in his name to the Solvay Tigers Little League, PO Box 402 Solvay NY 13209 or the Tyrol Club of Solvay, 213 Lamont Ave 13209. Please share online tributes and memories at www.bagozzitwins.com.

Kevin Daniel Marino was born to the late Frank & Frances Marino on June 7, 1953 in Syracuse, NY. He was immersed in the Solvay community that would become his lifelong home. He graduated from Solvay high school in 1971 and earned an Associate&#8217;s... View Obituary & Service Information

The family of KEVIN D. MARINO created this Life Tributes page to make it easy to share your memories.

Send flowers to the MARINO family.