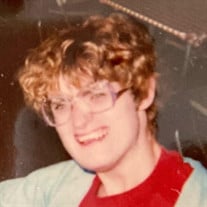 Karen Jean McLaud, was called home to be reunited with long missed family members on August 11, 2021. Born on January 5, 1958, the third of five children to Maurice Shepard and Carolyn Jean (Peet) McLaud, Karen began her life in Schenectady and moved with her growing family to Laurens, then Florida, and back to Laurens. The family moved to Bainbridge in 1973 and stayed until all siblings had gone off in other directions. In 1982 Karen moved with her parents out to the Lockport area where Karen, an avid Dallas Cowboys fan up to that point, began wavering in her loyalties to become an even greater fan of the Buffalo Bills in the Jim Kelly era. In 1985 her parents moved back with her to the Bainbridge area and Karen gradually began gaining her independence. She moved into a group home in Oneonta and stayed there for a few years before moving down to the Binghamton area where she would remain for almost 20 years. During that time she worked with Broome Developmental Services and had numerous jobs working on packaging lines for local companies. She was always so proud to make her own money. Throughout her life, ARC was an important piece of her life puzzle. It was because of Karen that her mother became an active advocate for the developmentally disabled and helped to found the original chapter of ARC of Otsego County in the mid-late 1960’s. In 2010, Karen made the move up to Onondaga County to be closer to her sister. She lived with her sister and brother-in-law until 2015, at which time she moved into another group home. As her needs changed, she moved into more accommodating homes. She was hospitalized in early 2020, and was discharged to VanDuyn Rehabilitation and Nursing Center to recover further and was discharged from there in the late fall of 2020. She soon became hospitalized again, contracted Covid in December and was discharged back to VanDuyn where she remained. Throughout the last year, she had weekly visits from her sister when possible and many FaceTime chats as well. Her father moved back to Syracuse at just the right time in order to spend time with her the last couple of weeks, and she was happy. Her brothers came to see her, and she was happy. Karen had an effect on everyone she met, her smile was always the biggest and brightest in the room. Those who knew her loved her and she loved everyone. An avid sports fan, she loved the New York Yankees, the New York Knicks, the New York Giants and everything Syracuse related. Her favorite food was chicken wings. She enjoyed going to the movies and had an extensive DVD collection, including complete boxed sets of Full House, Little House on the Prairie, The Waltons and Starsky and Hutch. She enjoyed reading and had a library card at the Salina Library in Mattydale. Karen actively read the Syracuse Post Standard, and had subscriptions to soap opera and celebrity gossip magazines. She also loved and was loved by many family pets throughout her life. Karen is survived by her father, Maurice, of Syracuse, NY; brothers and sisters-in-law, Kevin and Lynn McLaud, of Pittsford, NY, and their children, Elizabeth Kockler and Charles McLaud; Eric S. and Doreen McLaud, of Milford, PA, and their children, Julie Michella and Eric M. McLaud; and sister, Deborah Hyde, of Syracuse, NY. She is also survived by her ex-sister-in-law, Carla McLaud, as well as several aunts, uncles and many, many cousins. She was predeceased by her brother, David Michael McLaud II, in 1977; her mother, Carolyn, in 2004; and her brother-in-law, Russell Hyde, in 2020. A graveside memorial with her family present is being planned for August 25, 2021, at 11:00 AM at the Laurens Village Cemetery, where she will be set to rest with her mother and “Big Dave”. BAGOZZI TWINS FUNERAL HOME, Solvay, has care of arrangements. In lieu of flowers, please consider a donation to your local chapter of the ARC or to the SPCA. Please share online tributes and memories at www.bagozzitwins.com.

The family of KAREN JEAN McLAUD created this Life Tributes page to make it easy to share your memories.

Karen Jean McLaud, was called home to be reunited with long missed...

Send flowers to the McLAUD family.