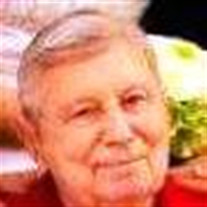 Julian A. Vault, Jr, 92, of Cicero, Boca Raton, and formerly of Onondaga Hill passed away with his family by his side on October 22nd. He was the first born to Cora and Julian, Sr. of Split Rock, having graduated from Split Rock School. He married Peggy McGraw in 1947 at St. Charles Borromeo Catholic Church in Syracuse. She preceded him in death in 2004. His brothers, Bob, Jack, and Fred also predeceased him. Also preceding him in death was his Companion of 12 years, Maxine Redmore. His Sister, Rosemary (Gerald) Gray, resides in California. He is survived by his son, John (Barbara) of Onondaga Hill and Daughter Carol (John) Nolan of Lake Mary, FL. Also surviving are his grandchildren Heather (Shawn) Harvey of Chandler, AZ, Chris (Susan) Vault of Watertown, and Brian Nolan of Studio City, CA. Julian is blessed to have 3 Great Grandchildren, Peyton, Colin and Nicholas. Also surviving is his dear Friend, Sally Ennis. Special thanks to his “Second Son” and Care Giver, Bruce Swanberg, who has been by his side throughout his illness. Our Family’s heartfelt thanks go out to Bruce for his tender care to our Dad. Julian served as a paratrooper in the United States Army during WWII, and was honorably discharged. A carpenter by trade, he worked many long hours to establish his own business, J A Vault, Inc., General Contractors. He built 8 of his own homes, as well as homes for members of his family and friends. Some of his many commercial projects were St Daniel’s Catholic Church, Our Lady of Lourdes Catholic Church, Lafayette High School and St Camillus Nursing Home. He owned Nedrow Airpark, was a Certified Twin-Engine Pilot, and Flight Instructor. He was a member of The AOPA and the Quiet Birdmen. Julian and Peggy were also avid RV travelers. When he didn’t fly to his destination, he and Peggy traveled all over the United States and Canada in their motor home with the Revconeers, Blue Birders, and The Wild Bunch. They also traveled to Europe. Julian and Peggy were members of The Lake Shore Yacht and Country Club for more than 40 years, where he and Peggy were avid golfers. They had an active social life, and were more than happy for their 57 years. Julian also owned PBS Brake and Supply Company in East Syracuse and ASI Truck Parts, Inc. in Albany, NY. His PBS employees were like Family. He left this earth having fulfilled all the items on his bucket list, save one. He would have liked to have traveled in space. When all the factors are considered, his life is a celebration. “He did it right, he did it long.” The Family will celebrate his life at BAGOZZI TWINS FUNERAL HOME, 2601 Milton Avenue, Solvay, NY 13209 on Wednesday, October 25th between 4-7 PM. Funeral services will be held 9:15 am Thursday, October 26th at BAGOZZI TWINS FUNERAL HOME AND 10 am at St Michael-St. Peter Catholic Church, 4791 West Seneca Turnpike, Syracuse, NY 13215, WHERE a Mass of Christian Burial will be celebrated. Burial with military honors will follow in The Onondaga County Veteran’s Memorial Cemetery, 4069 Howlett Hill Road, Syracuse, NY 13215. The Family requests that in lieu of flowers, please consider donating to Hospice of Central New York, 990 Seventh North Street, Liverpool, NY 13088. Please offer online tributes for Julian at www.bagozzitwins.com.

Julian A. Vault, Jr, 92, of Cicero, Boca Raton, and formerly of Onondaga Hill passed away with his family by his side on October 22nd. He was the first born to Cora and Julian, Sr. of Split Rock, having graduated from Split Rock School. He... View Obituary & Service Information

The family of JULIAN A. VAULT JR. created this Life Tributes page to make it easy to share your memories.

Send flowers to the VAULT family.