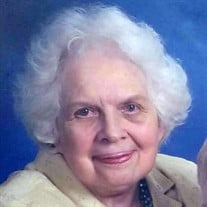 Janet Vivian (Lake) Panighetti, 90, of Westvale, passed away peacefully in her home with loved ones by her side, on October 7th. Janet was a loving and devoted wife to her husband of 63 years, John Panighetti, also of Westvale. John and Janet were the best of friends and an example of a beautiful marriage. Janet was a loving, truly dedicated mom to five children; providing a constant source of love and guidance that has shaped our lives forever. She was a doting grandmother to thirteen grandchildren, and an inspiration as a great grandmother to five great grandchildren. Janet touched all who knew her with her Irish sense of humor and her no nonsense, practical advice for any and all life situations. She had a famous "look" that spoke volumes, coupled with a love that remained constant no matter how trying the times were. Janet was the best kind of friend, evidenced by the lifelong friendships she had with so many dear women in her life from a very early age throughout her entire life. She lived her life for others around her and never wavered in her nurturing and devotion to lifting us all up to be our best selves. She lived her life with such honor and was the cornerstone of our family. Janet has touched us all and helped us become our best, and for that we are forever grateful and she lives forever in our hearts. Janet has gone Home to be with two of her beloved children, John and Mary Ellen, her two beautiful grandchildren, Cora and Rachel, as well as her own parents, Sarah and George, and many special friends who were lucky enough to know her. We all love you Mom, always. May you find eternal peace. Janet is survived by her husband, John, 95, her daughter, Maureen Tyler Panighetti, of Camillus, son, Paul Panighetti (Elisabeth), of Westvale, and daughter, Gina Glover (Michael), of Westvale. Janet is also survived by her brother, Jack Lake (Barbara), of California, sister, Ann Clifford, of Syracuse, brother, Michael Lake, of Syracuse, and brother, Mark "Mud" Lake (Janet), of Westvale. Janet's family also wants to thank her caregivers over the last few years for the loving care, time and wonderful meals they shared with our Mom. There are no words to express our appreciation. Family and friends may call Tuesday, October 12th from 4:00 - 6:00 pm at BAGOZZI TWINS FUNERAL HOME, 2601 Milton Ave. A Mass of Christian Burial will be celebrated 10:00 am Wednesday, October 13th at St. Charles of Borromeo Church, 501 S. Orchard Rd. The Rite of Committal will follow in Greenlawn Memorial Park, Warners. Please share online tributes and memories at www.bagozzitwins.com.

Janet Vivian (Lake) Panighetti, 90, of Westvale, passed away peacefully in her home with loved ones by her side, on October 7th. Janet was a loving and devoted wife to her husband of 63 years, John Panighetti, also of Westvale. John and Janet... View Obituary & Service Information

The family of JANET (LAKE) PANIGHETTI created this Life Tributes page to make it easy to share your memories.

Send flowers to the PANIGHETTI family.