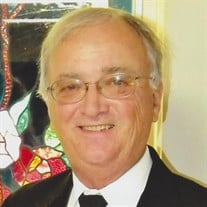 David M. Musengo, age 70, of Camillus, died after a short but courageous battle with cancer on November 17, 2016. David is survived by his wife of 44 years, Wendy (Parmenter) Musengo, of Camillus; his Daughters, Jennifer (Robert) Picciott, of Camillus; and Jenelle (Joseph) Burgess, of North Hampton, PA. His Sister, Carol (Charlie) Gehres of Westvale; Grandchildren; Joshua, Justin and Olivia Rutkowski; Brody and Amaya Burgess, along with 3 nieces. He also leaves behind many friendships that he cherished deeply. He is preceded in death by his parents, Anna (Stock) Musengo and Angelo M. Musengo of Solvay, NY and several aunts and uncles. David was born on October 4, 1946 in Syracuse, NY. He graduated from Solvay High School in1964. He earned a golf scholarship from Parson College in Iowa and graduated in1968. After college, he served in the United States Navy from 1968-1971. He met his future wife, Wendy Parmenter, of San Diego while serving in the Navy. They married in 1972 and moved to Solvay where they raised their two daughters, Jennifer and Jenelle. David was a great provider, loving husband and father. He worked for The Hartford Insurance Company for over 30 years and retired in 2012. David was an active man and loved his family and friends. He was an accomplished golfer who deeply enjoyed the competition and lifelong friendships that the game of golf provided him. He had 5 “holes in 1” and holds the course record at the old Westvale Golf Course. There will be no calling hours. A Memorial Mass will be celebrated 9:30 am Tuesday, November 22nd at St. Cecilia Church in Solvay. BAGOZZI TWINS FUNERAL HOME has care of arrangements. Please offer online condolences at www.bagozzitwins.com.

David M. Musengo, age 70, of Camillus, died after a short but courageous battle with cancer on November 17, 2016. David is survived by his wife of 44 years, Wendy (Parmenter) Musengo, of Camillus; his Daughters, Jennifer (Robert) Picciott,... View Obituary & Service Information

The family of David M. Musengo created this Life Tributes page to make it easy to share your memories.

Send flowers to the Musengo family.