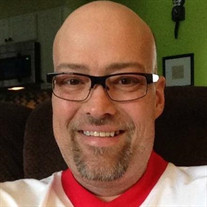 Bruce Alan Downey Bruce arrived slightly before his twin sister Regina to Catherine Wiedenbeck on May 31, 1967. He explained he was first because, “Weezer needed some time alone to do her hair and make-up”. His sister Michele and brother Michael later rounded out the family and together the 5 of them navigated incredible challenges, including a great deal of uncertainty and occasional poverty. His mother was clearly his first teacher in how to use humor to work through adversity, this is evident if you have ever had a conversation with her or any of her kids. His most treasured memories growing up were of his time with his grandparents, cousins and extended family in Alden, New York. His grandfather “Whitey” was the owner of a local pub, and by “pub” I mean he built a large fully functional bar in the basement of his home and would ring a cattle bell to signal the end of the work day for the surrounding neighbors. Their home was filled with people, laughter and good old German cooking. His times there were so happy there that as an adult he tried to recreate as much of as he could through his grandmothers recipes, his porch decor and his time spent in local pubs in the Tip Hill area. For him, being at Coleman's in his corner seat was not just about having a beer, it was about interacting, stories, friendships and commraderie. Bruce created a family wherever he went, people were never just friends, they were his cousins, his brothers- and he meant it. His first career choice was architecture. You never knew when or where you would be driving when suddenly he would slam on the breaks and point out a Bob Evans he helped to design or a building he drafted. When the market slowed he made the decision to enter Nursing. He knew family history was not in his favor and “wanted to be close to a doctor at all times incase he fell over”, it seemed the most logical fit. He was incredibly smart with an amazing memory, a born problem solver and excelled in this field. Not because of his technical skill alone, but because of his charm, his abililty to communicate with anyone about anything and his understanding that the people he was treating and their families were often scared, and going through an uncertain time. He remembered how that felt, and would turn on the wit and sarcasm to help heal. He was proud of his work, he loved the hospitals and doctor offices he worked with, he made deep connections with so many people. His kindness and generosity were unparalleled, he would think about the conversations he had with people. If you were to off the cuff mention you liked a certain band- the next time he saw you he would likely have a rare album of theirs in his hand. Bruce never just liked something, he developed passions for things; Liverpool Football, The Red Sox, The Patriots, travel, photography. He was a man that could save a life, fold a shirt perfectly and tap a maple tree. There was nothing that he couldn’t figure out with enough time and profanity. Bruce departed slightly before 8 AM on April 25th 2017. An incredibly peaceful and beautiful moment, the kind of moment that restores your faith, a moment he deserved. Everyone that knew him has a story, if in the coming weeks you could please take a moment to write yours down and send it to [email protected] I would like to collect them and create books for his children to cherish as they get older. No need to censor yourselves- Bruce never did. A celebration of his life will be held on Saturday May 6th, stop in anytime from 11:00 am-3:30 pm at Coleman’s Irish Pub, Syracuse. In lieu of flowers, please consider a donation to St. Baldrick’s or Upstate Golisano Children’s Hospital in his name. The family wishes to extend their heartfelt appreciation to the staff at SUNY Upstate and the Wilmont Cancer Center and to all those that have lent support during his illness. Please offer online tributes and photo's at www.bagozzitwins.com.

Bruce Alan Downey Bruce arrived slightly before his twin sister Regina to Catherine Wiedenbeck on May 31, 1967. He explained he was first because, &#8220;Weezer needed some time alone to do her hair and make-up&#8221;. His sister Michele and... View Obituary & Service Information

The family of BRUCE A. DOWNEY created this Life Tributes page to make it easy to share your memories.

Send flowers to the DOWNEY family.